Glass known as far as the Japanese Imperial Court

For many years the Ladislav Ševčík company has been among the most respected glass producers in the world. Our products are presented to statesmen, presidents and members of imperial families on official visits. Fine glass objects from the Ladislav Ševčík company are often sought after as investment pieces, just as with works of fine art, among which our company's objects rightly have their place.

Our products are unique and exceptional in their meticulous detail and precision workmanship, which we have honed to perfection. All the glassmaking techniques – cutting, engraving and sandblasting – are based the handwork and creative sensibilities of our individual artisans.

Our products immediately captivate the eye because of the depth of cutting, their refinement and radiance. Due to the intricacy of cutting so deeply and our insistence on first-rate quality, our production is not large.

"We are merely trying to elevate an ancient craft ..."

The philosophy of the Ladislav Ševčík company is to build upon the traditional glassmaking techniques that were responsible for the international prestige of Czech glass in the past, to develop these techniques further, and to maintain the highest possible quality and sophistication of design. Our brand BOHEMIA CRYSTAL ŠEVČÍK is known throughout the world, especially in Japan and China. 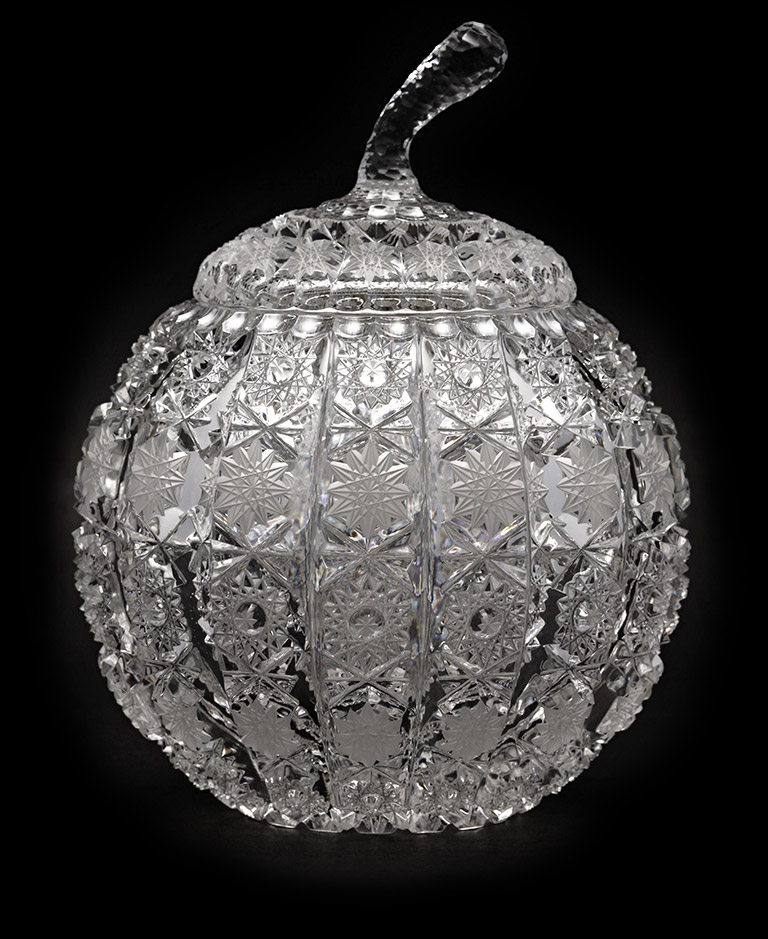 At the time of the Velvet Revolution in 1989, Ladislav Ševčík was not yet 30, but he knew one thing with certainty: He did not want to work at the state-owned glass company Železnobrodské sklo, where he had done an apprenticeship. He wanted to produce glass of his own design based on his own ideas, and above all to change the methods of production. Together with his wife, Jitka, an artistic glassmaker and engraver, they decided that they would try to find a market for their plans.

Our ideas were born in a studio flat in a housing estate, behind walls lined with carpeting so as to avoid disturbing the neighbors. Nights were spent remodelling an old blacksmith shop into a small glass workshop.

"At the beginning we were a laughingstock. No one could believe that the way we were decorating glass had any sense at all or that such glass would ever find a market."

We presented our ideas and plans to the family of the famous Rudolfa Hlouška glass company, based on which the family agreed to rent us their crystalware premises. The Rudolf Hloušek company was founded in 1930 and was nationalized in 1948. In its brief time of operation it produced many ingenious glass items. These products spoke to us and were an influence on our work.

From the very start we differentiated our work from classic glass cutting, and this was precisely what attracted a Japanese clientele. By 1992 we had already received an order from the Japanese Imperial Court: sixty vases for the wedding of a Japanese princess. Two years later, Japan's national public broadcasting service, NHK, also took notice of our company and made a 45-minute film about us, thereby fully opening the Japanese market to us. Our production has always focused on attention to detail and sophisticated glass cutting.

Since 2002 the company has been producing glass objects in its own workshop in Železný Brod. 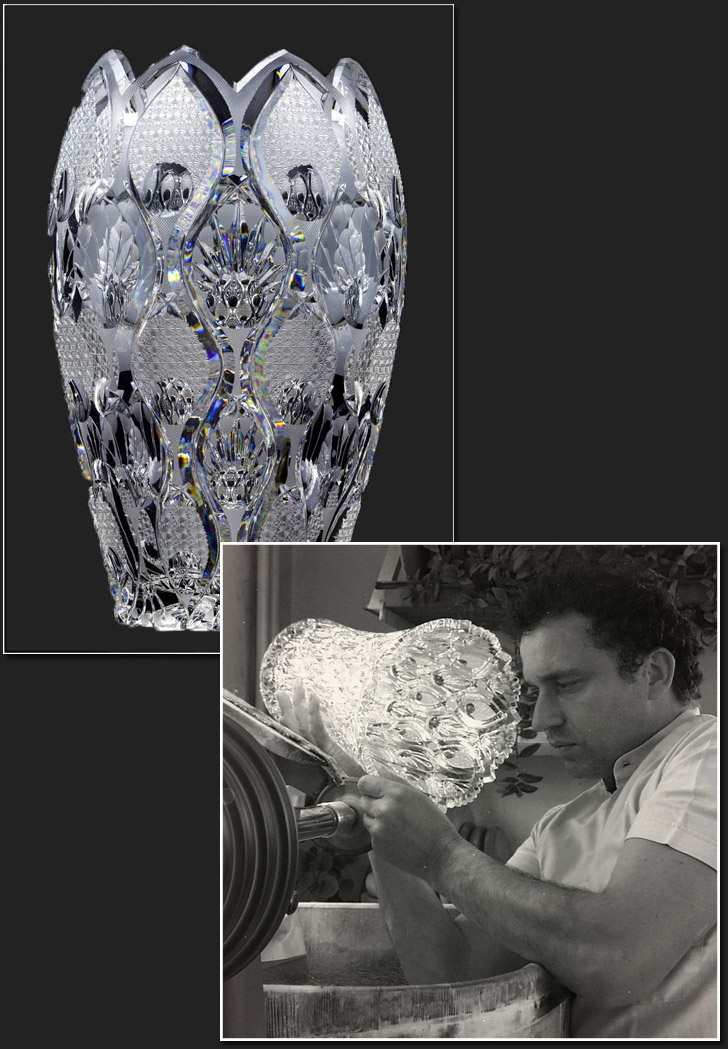 For 27 years we have been producing cut crystal – from the raw material to our own packaging – here in Bohemia.

In our workshop we cooperate with our employees, experts with years of experience in the field who are graduates of a glassmaking school or have apprenticed in the field of glass cutting and engraving. Now our sons Vojtěch and Ladislav have joined our company.

Company headquarters and place of business 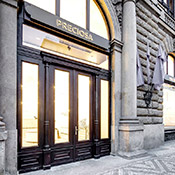 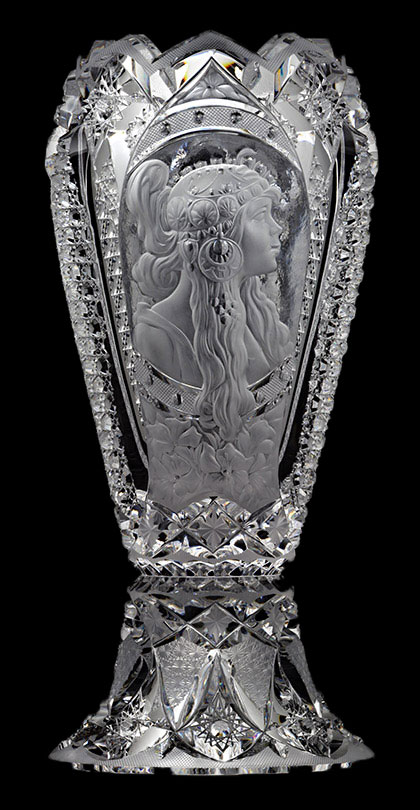